Pride in our Humanity 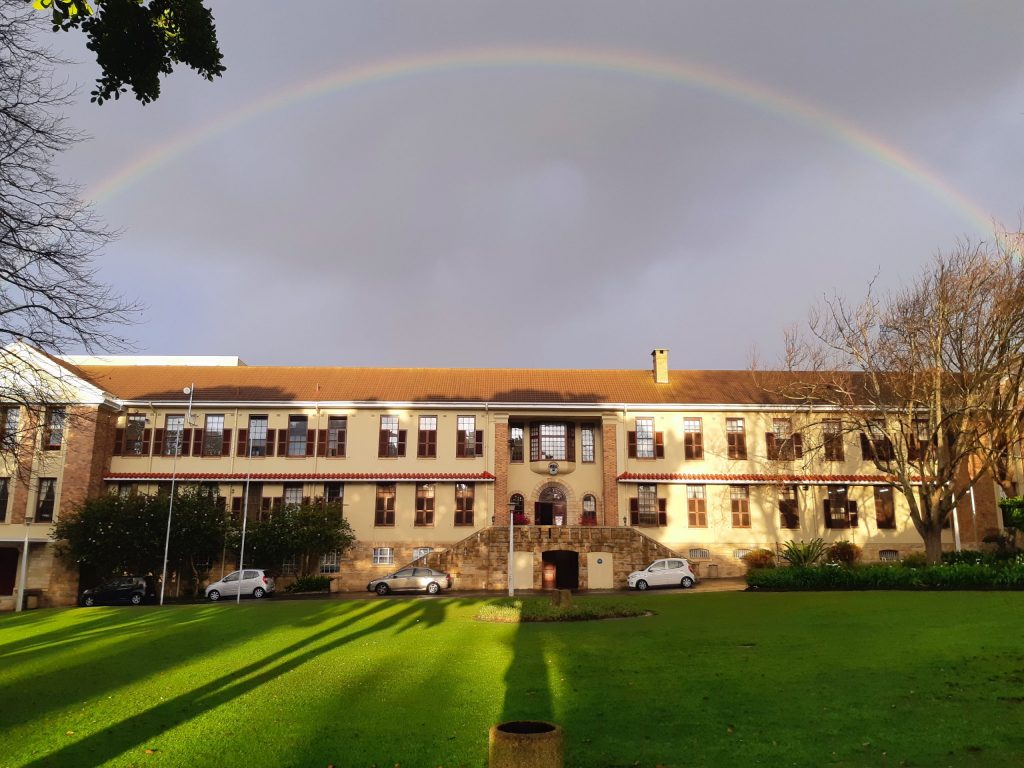 Over the past few years Rondebosch has been actively focused on students’ individuality. It has been a top priority to create a safe environment for self-expression and self-affirmation, while  acknowledging the struggles of its queer and setting a plan in place to combat toxic masculinity and queerphobia in our community.

Allowing this queerphobia to continue in our schools divides our communities and ensures that this discrimination continues to filter into society, conveying the concept that queer people do not deserve respect and should not be treated as equals. Queerphobia isolates queer individuals and leaves them no choice but to repress their own personalities and self-expression in order to satisfy prescribed social standards. This forces members of the LGBTQ+ community to suppress their emotions in order to receive social validation. Experiencing this destroys one’s identity and could lead to a variety of mental health challenges. These ordeals are rooted in the actions of queerphobic people, which tend to be self-justified by religion and views that reflect their parents’ ideologies. This discriminatory, inherited barrier creates negative effects that must be dismantled by the school and community. It is imperative that parents/guardians have conversations regarding the harm that queerphobia brings to our community, placing particular emphasis on the harsh effects of it. Being supportive of the LGBTQ+ community means being mindful of one’s actions as well as one’s words.

Our school has introduced the Pride Society as a means of making queer students feel more comfortable within the school and to create a feeling of queer liberation. The Pride Society has been creating awareness in order to educate students on queer related topics, and we are proud to report that we have been able to welcome a keen group of students from varied grades into the society. We have received a great amount of positive feedback from students, teachers, old boys and those outside the school community in response to our work this year. The Pride Society’s focus throughout the course of 2021 has been to facilitate an environment in which acceptance and support for queer students can develop. Our main project has been our 2ndterm information campaign, in which eight posters were made, each defining a different sexuality or gender identity represented in the LGBTQ+ umbrella. Two of the posters were put up around the school each week and introduced to the school in the weekly assemblies, where a short speech was delivered discussing the different issues raised by them. The response to this campaign was heartening, with many teachers and students complimenting the posters and speeches. Additionally, information regarding some of the more confusing terms within the LGBTQ+ community was spread, and we could observe an attitude of good faith, as well as curiosity, emerging from the student body.

Rondebosch is striving to create a cohesive environment in which all students can excel, and to nurture a community where acceptance and empathy can flourish. The eradication of queerphobia is a goal that can only be achieved through an ongoing communal effort. 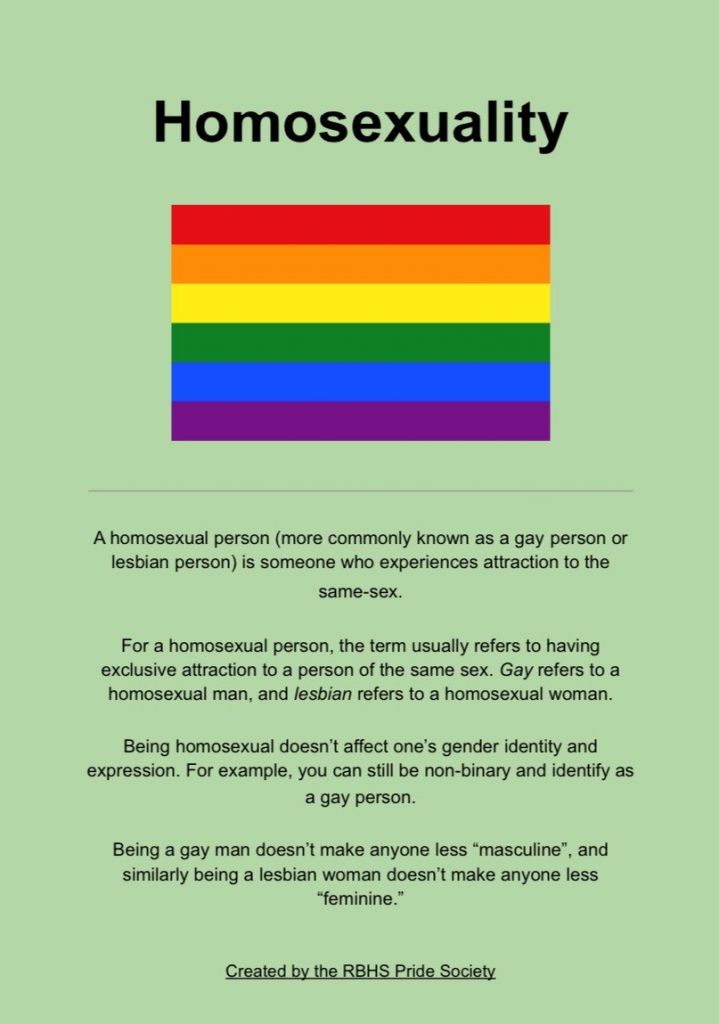 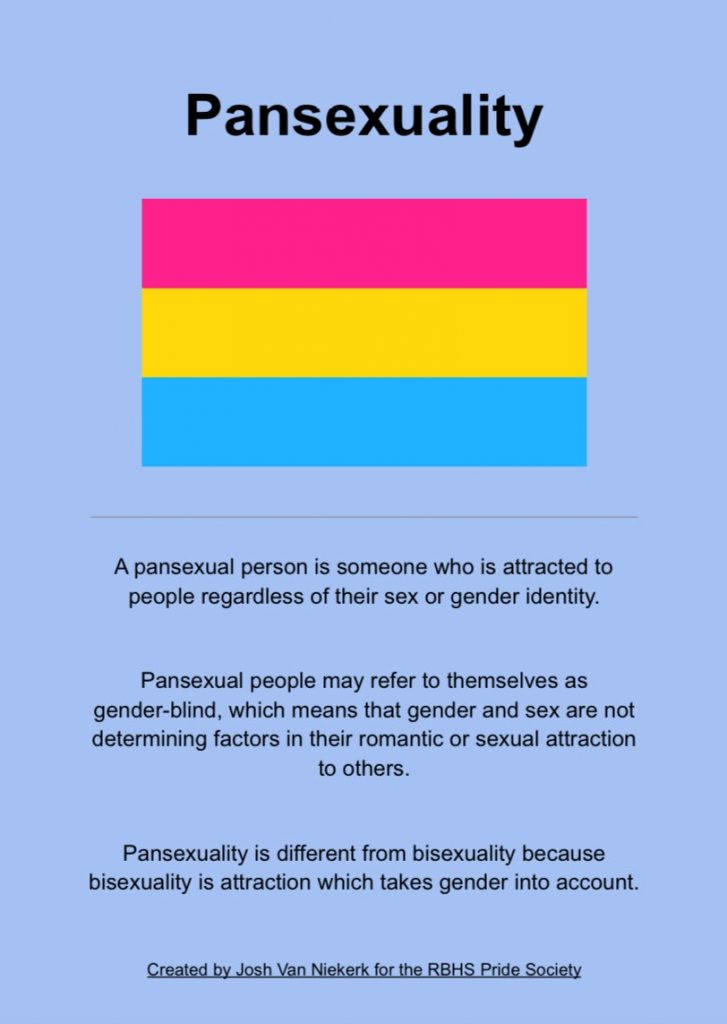 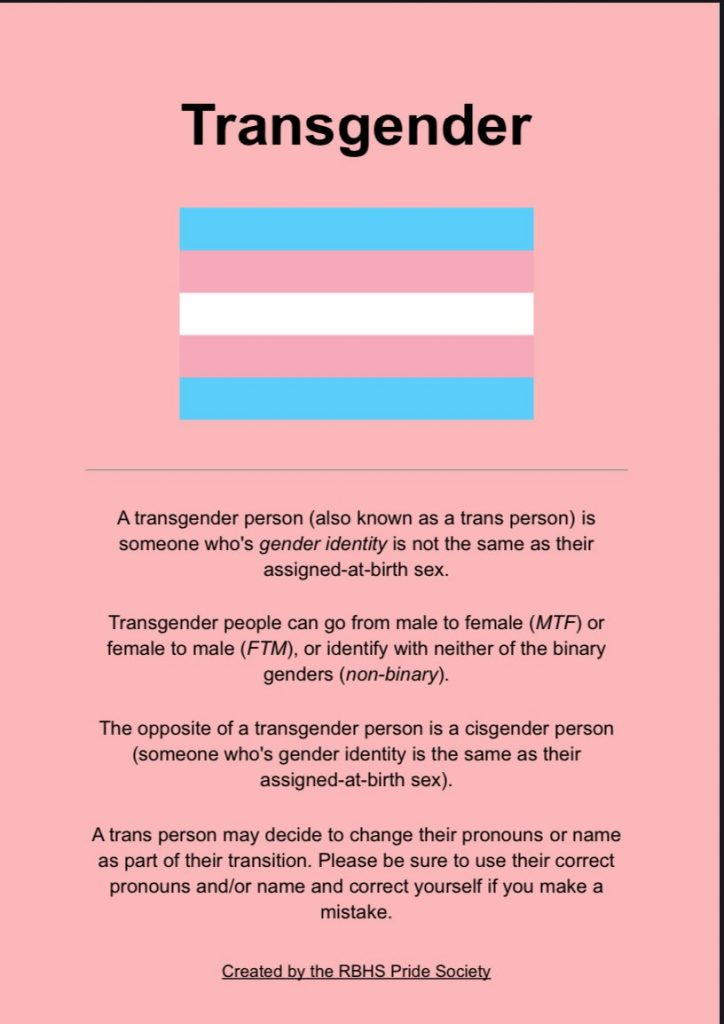 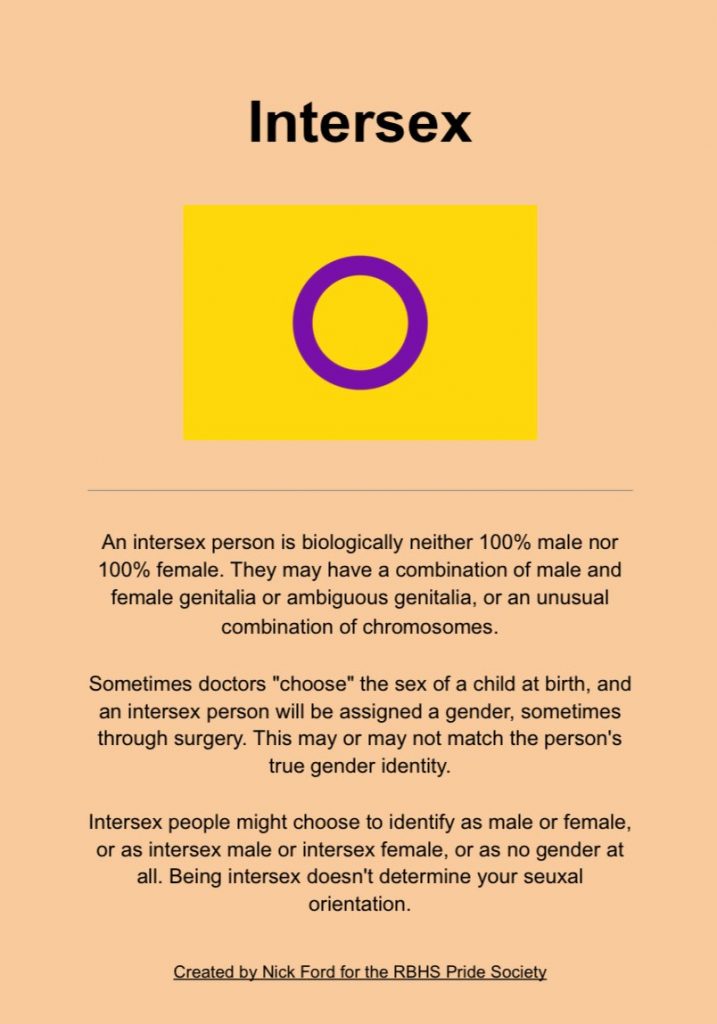 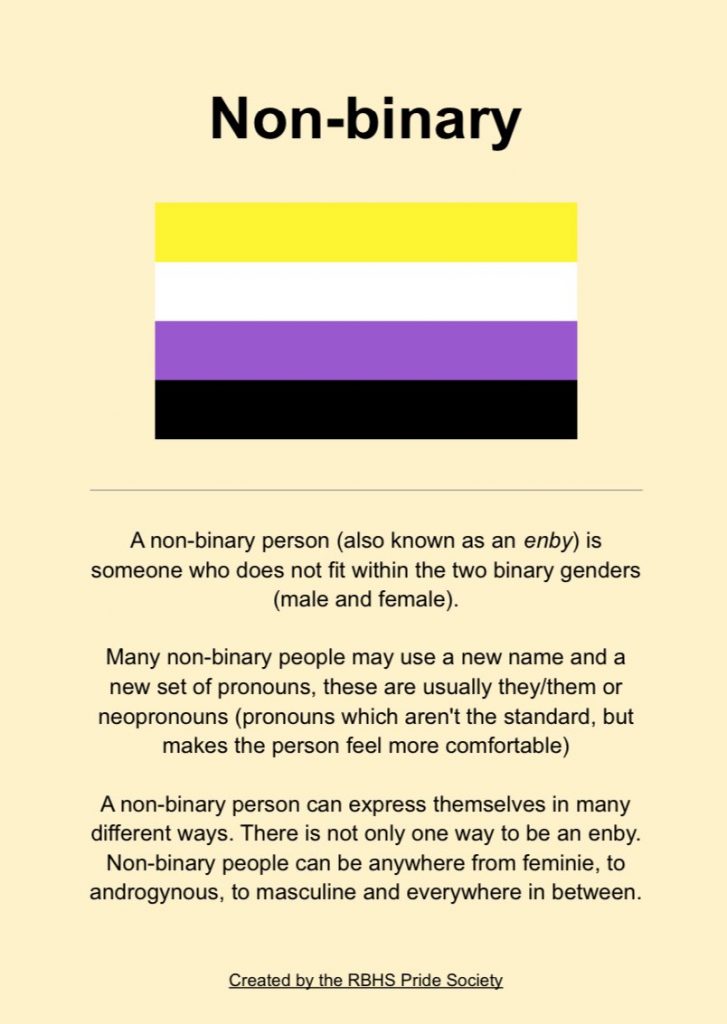 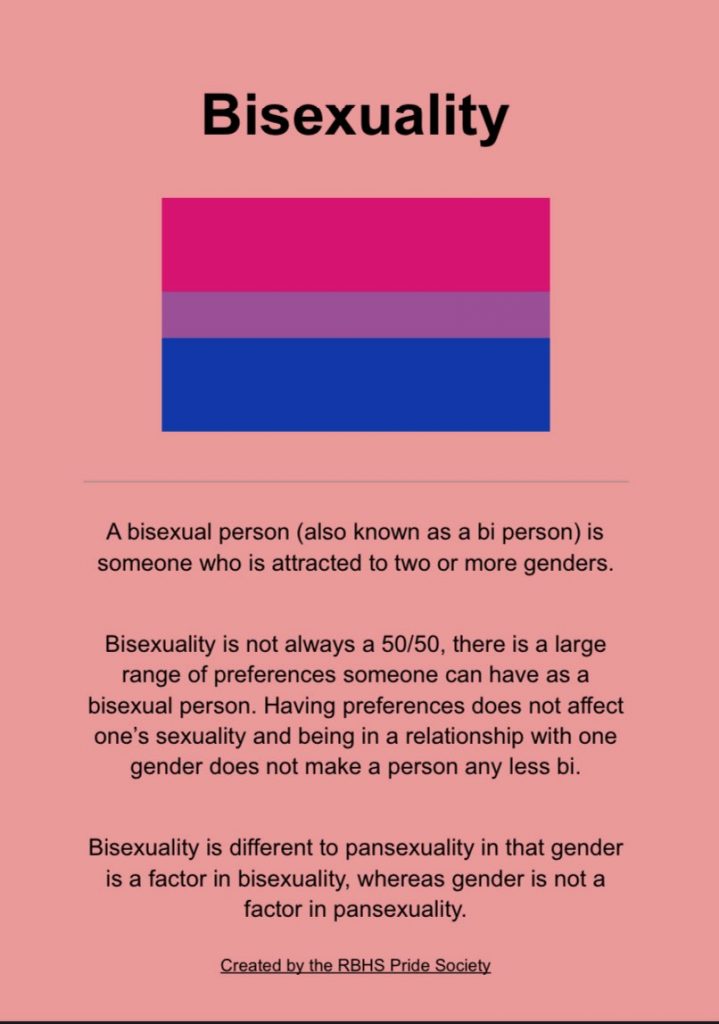 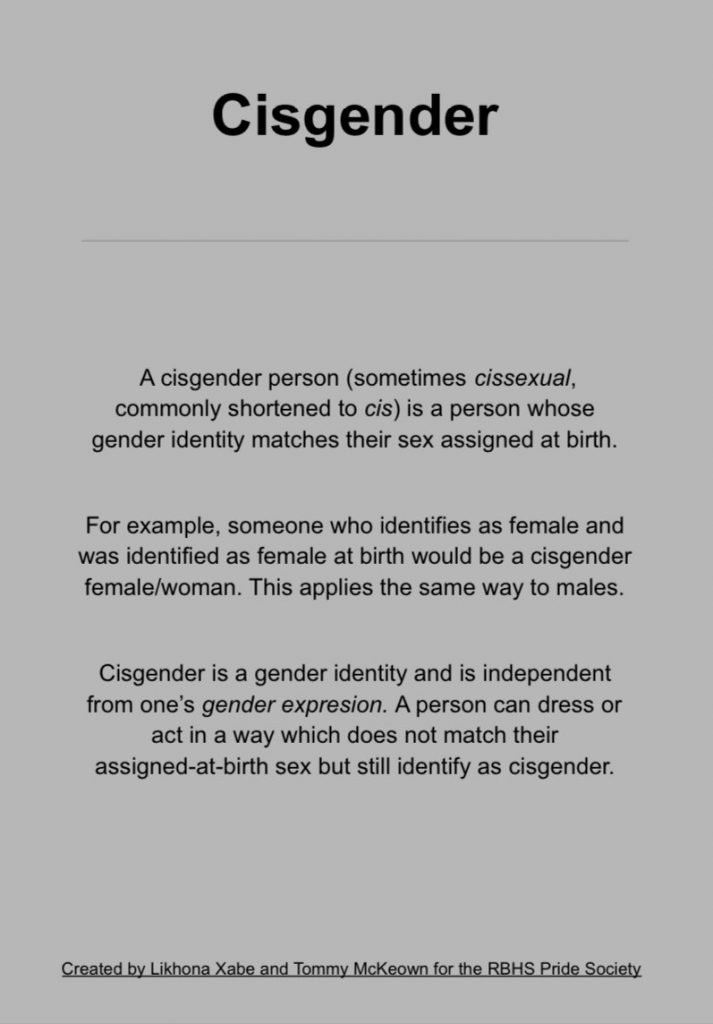 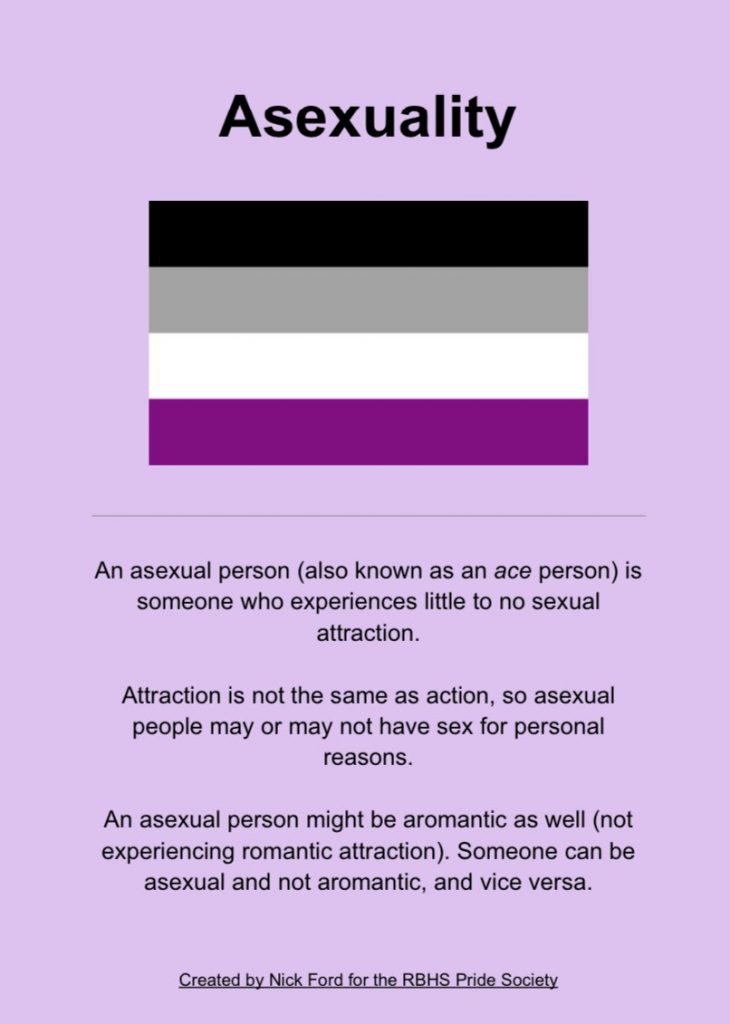 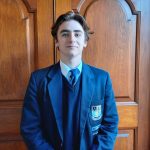 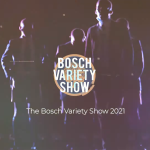