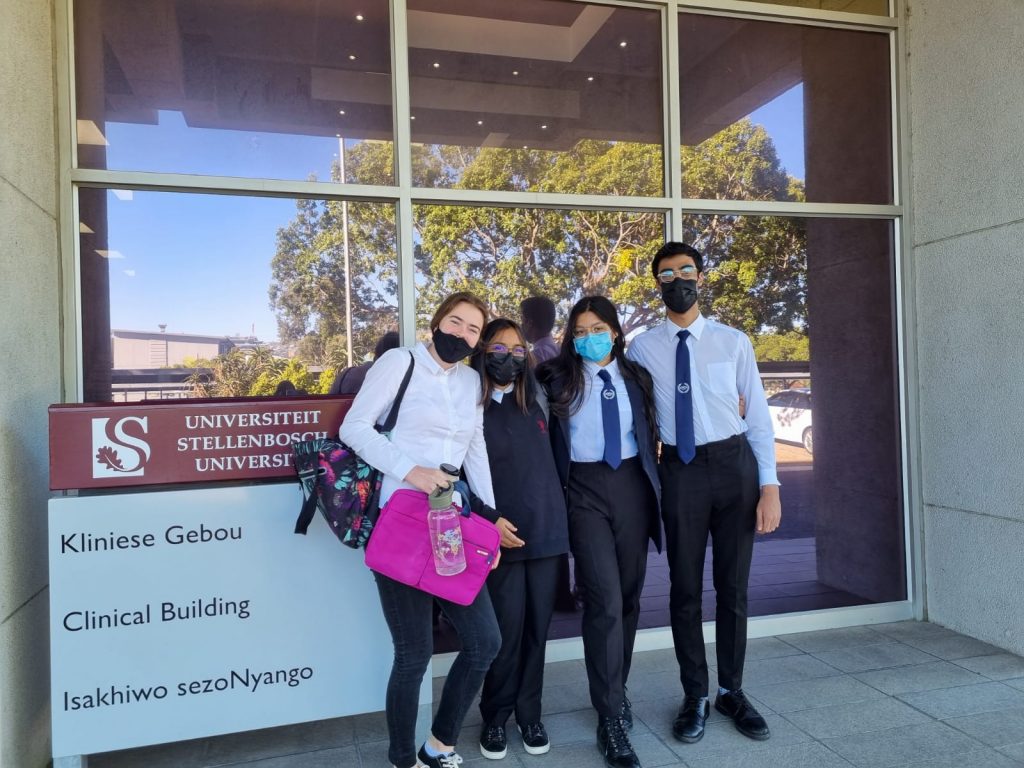 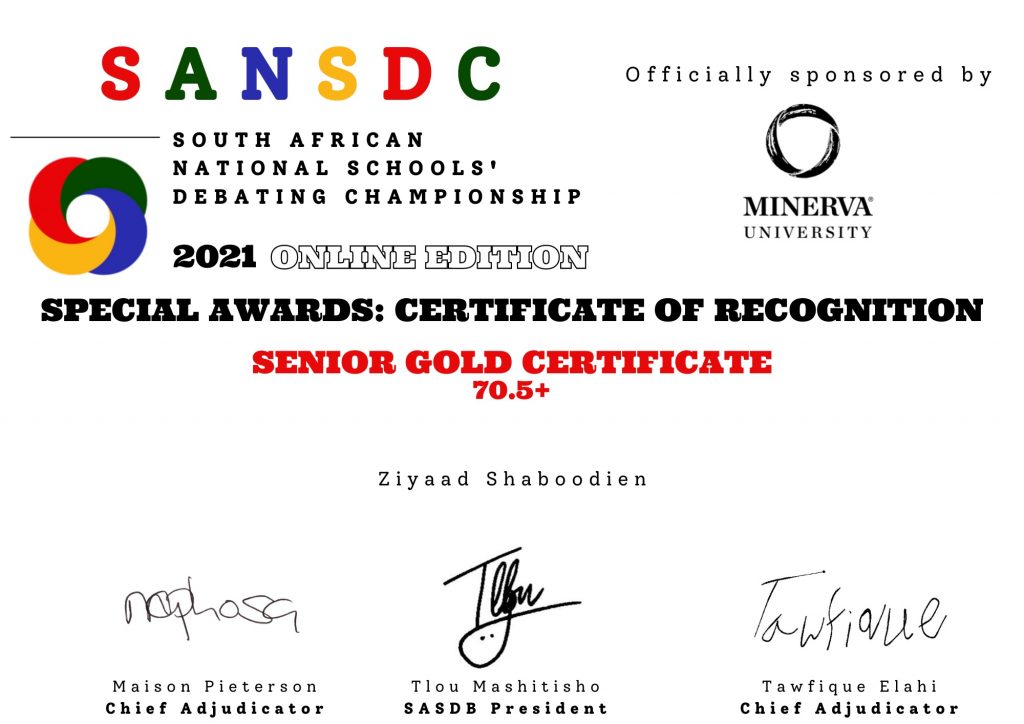 Ziyaad Shaboodien, Grade 12, recently competed in the South African National Schools Debating Tournament where he represented RBHS on the Western Cape Senior Team. This prestigious tournament took place over a 7 day period, where top participants completed against debating teams from around the country.   Ziyaad and his team broke 15th place in the country, and Ziyaad was awarded a speaker score of 70.75 (Senior Gold Certificate), ultimately ranking 40th best speaker in the country.

Congratulations Ziyaad on this outstanding achievement! 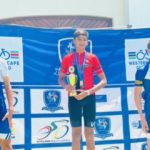 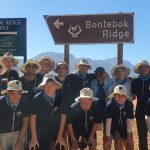