The IBSC Conference: A highly successful regional conference for the International Boys’ Schools Coalition was held at Rondebosch from the 10th to the 11th of March with 200 delegates from boys’ schools across the country attending. The conference was entitled ‘The Elephant in the Room’ and centred on some of the uncomfortable issues that trouble our schools. Guest speakers spoke about hair rules, race, masculinity, gender equality and mainstreaming disability.

The real highlight of the conference for me, however, was the way in which boys from the Executive Council spoke from the stage, interacted with guests and led discussion groups, putting our boys in the forefront and giving them the ability to showcase the leadership programme at the school. Delegates mentioned how confident and mature our pupil reps were. It is clear that our efforts over the years to encourage student-led change is bearing fruit. Jessy de Kock, our school marketer, assisted by Asisipho Moletana did an outstanding job in putting together what was described by many delegates as the best IBSC regional conference ever. 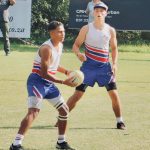 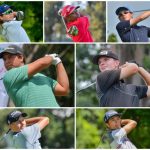