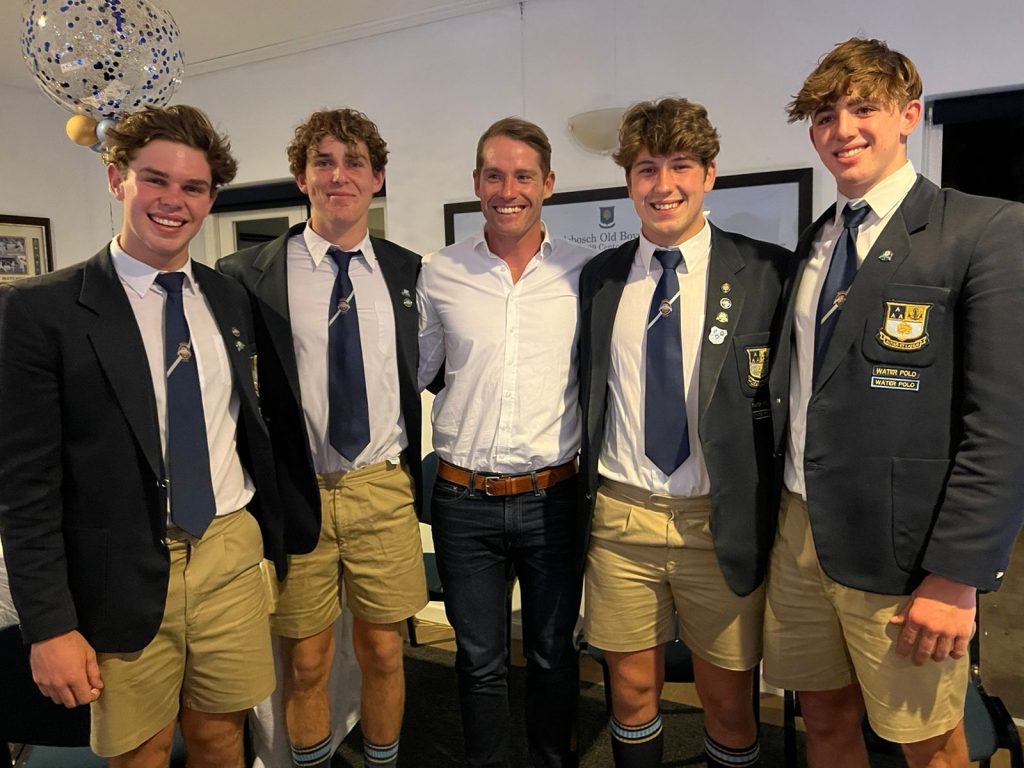 The water polo awards dinner was held on Wednesday, 26th October, in the E’42 pavilion. It was a wonderful evening of celebrations, thank yous, speeches and a farewell to our four 1st team matrics, Andy Botha, Mark Mansvelt, Luca Bennewith and Josh de Villiers. It was attended by the Mr and Mrs Simpson, Mr Pienaar, the 1st team parents, coache
and the U14A, U15A, 2nd and 1st teams. Players from the teams received awards for most improved, best attacker, best defender and most valuable player. The awards went to: 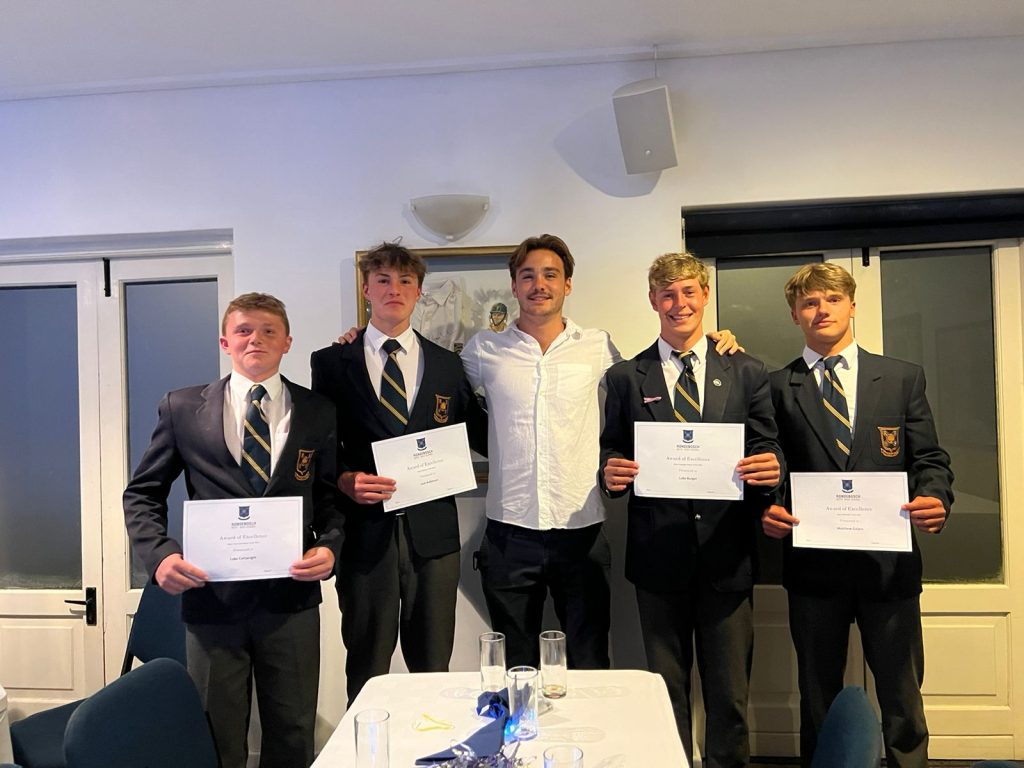 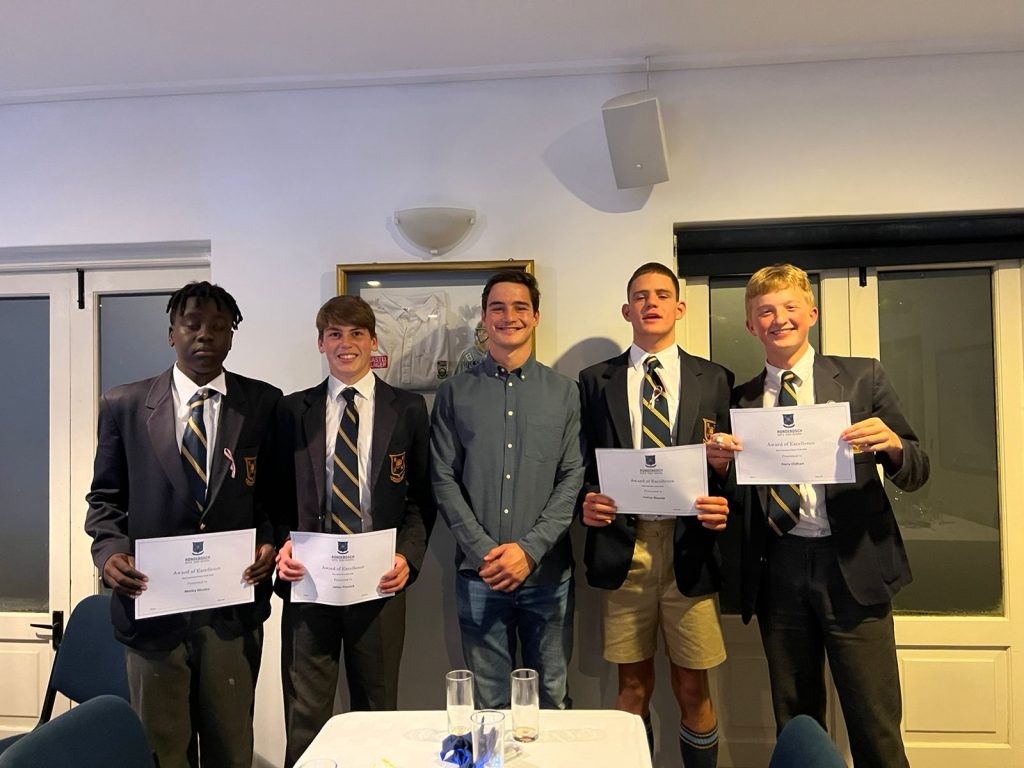 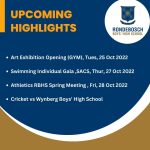 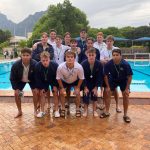