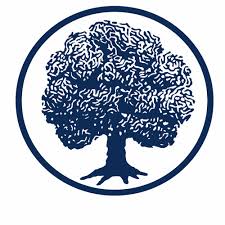 The Rondebosch High School for Junior Boys was established in 1897 in response to the pressing need for a boys’ school in the growing suburb. Mr Robert Ramage took on the role of Headmaster with an initial enrolment of eight pupils in a church hall.  An acre of land at the corner of Campground and Rouwkoop Roads was purchased, school buildings were erected and teaching commenced there in September 1898.

Mr Ramage purchased an old local property and homestead, Canigou Estate, to be used as a much needed boarding house. Canigou was later rebuilt and reopened in 1941 with the celebrated words carved above the main entrance: “May those who serve here as masters and those who pass through as students forever uphold and maintain the fair name of this school”. Mason House was added as a junior boarding house in 1930 and the Lilacs served as a boarding house for almost half a century through to 1991.

Sydney ‘Dad’ Mason, Headmaster from 1904 to 1927, left a legacy at Rondebosch by introducing the school colours, school song and motto ‘Altius et Latius’. He supervised the expansion of the school and boarding facilities, the development of the sports fields and the establishment of the Old Boys’ Union in 1909. A much revered elder of the school, Mr Mason knew each of the 175 young men who died in the two World Wars and he compiled the biographies which are on display in the foyer of the Memorial Hall, the magnificent central feature of the school.

In 1990, the Rondebosch schools were finally permitted by the Government to be opened to all races. During the last three decades South African boys of varied backgrounds and cultures have contributed to the ongoing success of Rondebosch and our schools strive to ensure as many boys as possible benefit from all that Rondebosch offers.

The Preparatory School’s Grade R pre-school, Little Bosch, was established in 2004 and has grown to a complement of some 100 boys.  The first ‘13 Year Club’ Little Bosch boys matriculated in 2016.

The continual development of the extensive school and boarding buildings and expansive fields and grounds has been overseen by successive Prep and High School Headmasters, parent committees and governors. Many of these facilities were funded by Old Boys who continue to support Rondebosch through the Old Boys’ Union.

We are committed to the pursuit of excellence in all aspects of education embracing academic, cultural and sporting endeavours, diversity, a sense of service to one’s community, spiritual worth and tradition.