The land upon which Canigou and much of the High School is based was first used as a farm by a free burgher in 1791. In 1837, Colonel John Bell purchased the property and named it “Canigou” after Mont Canigou in the Pyrenees in Southern France where he served in the British Army in a war against the French. Colonel Bell had also been Aide de Camp as the personal assistant to the Duke of Wellington who later defeated Napoleon at the Battle of Waterloo.

Over the years the large house on the Canigou property was expanded and decorated. Some of the decorative features were later bought by Cecil John Rhodes to adorn Groote Schuur. The property was bought in 1900 by Mr Robert Ramage, the first headmaster of Rondebosch, for £9 000 and became his residence and a boarding house for Rondebosch boys. The estate was estimated to be about 23 acres in size, comprising playing fields, woods, a tennis court and swimming pool, a large garden – now the Matric Lawn – and a poultry farm. Some years later Mr Ramage sold it to the Education Department and it continued to be the headmaster’s residence and the boarding house.

In 1913 the adjacent house, Oakhurst, was acquired to provide further boarding accommodation. Ivydene in Glebe Road and Anniedale in Sandown Road also housed Rondebosch boys for some years. Oakhurst was demolished in 1930 and a new boarding house constructed on the site. The new, great Mason House was named in honour of Mr Sydney ‘Dad’ Mason, Rondebosch’s second headmaster.

The old Canigou was condemned as unsafe and replaced with a new, modern building in 1941. It incorporated an elegant residence used by the Headmaster and his family through to 1983 when Clarke House became the residence of the Headmasters. That portion of the Canigou is now the Boarding Superintendent’s residence. The famous words spoken at the opening of the new Canigou in 1941 are carved above the front entrance and are known to generations of boarders “May those who serve here as masters, and those who pass through as students, forever uphold and maintain the fair name of this school”. The great oak tree in Canigou’s front garden is more than 150 years old and is regarded as the symbol of Rondebosch.

The Lilacs (situated on the current Prep School grounds) was leased in 1915 and purchased in 1946. It served as a boarding house through to 1991 when it became the Prep School’s Art Centre. 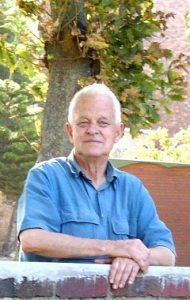 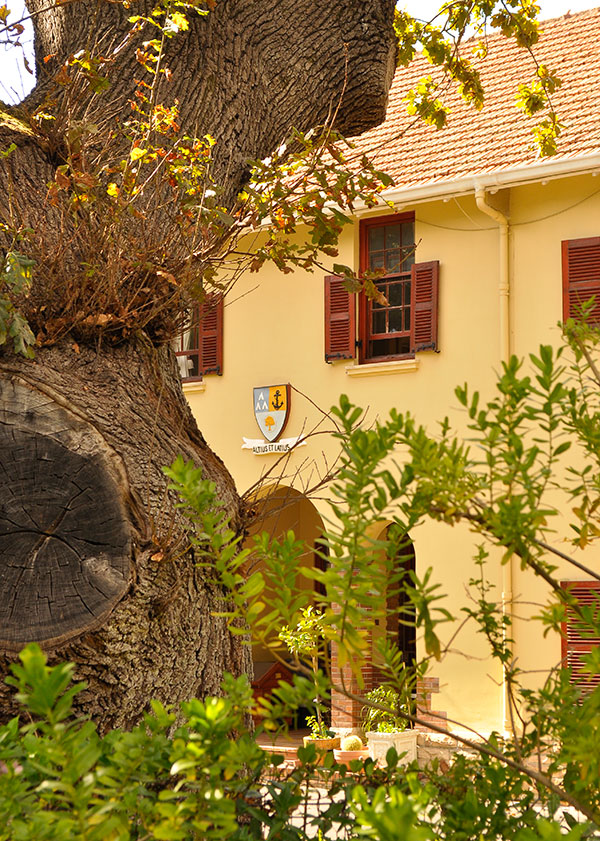 Prof ‘Tinkie’ Heyns was one of the most esteemed and well-known figures ever to have been associated with Rondebosch. In 1948, he moved into Mason House as a housemaster where he lived humbly through to his death in 2009, whilst pursing a distinguished career at the University of Cape Town. On his 74th birthday in 1998, the dining hall was renamed The Tinkie Heyns Dining Hall to acknowledge his immense service and contribution to Canigou and to Mason House, in particular.

Mason House was extended in 2006 with the addition of The Tinkie Heyns’ Wing comprising dormitories, bathroom, Prep Room and a computer room as well as a suite of rooms for the much loved Prof.  Professor Heyns passed away peacefully on 6 January 2009 leaving an indelible legacy which will always be treasured by his colleagues, his pupils and all whom he knew. His ashes are interred in front of Mason House overlooking the school, Matric Lawn and down to the Tinkie Heyns Field, which bears his name in recognition of the enormous and profound influence he had over generations of Rondebosch boys and staff in the 60 years of his involvement at Rondebosch.

Over 120 years later, the name Canigou lives on at RBHS to remind boarders and dayboys of the homely beginnings of the true heart of the school.